Montgomery Catholic strives to educate the whole child. Whether it be helping students to excel in academics, athletics, arts, or their faith. Throughout the last year, we discovered the need for a “Maker Space.” With the help of MCPS Grandparent, Jim Lauridson, we have created a room dedicated to our students who see themselves as makers. 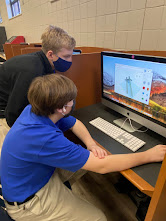 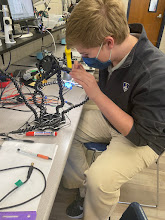 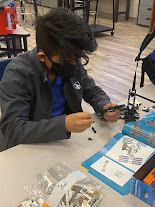 These are the kinds of students who would rather create than consume. They get joy and education by working with their imaginations and their hands. They are allowed to be creative in a non-structured and non-competitive setting. The goal of a Maker Space is to be creative, not to win. 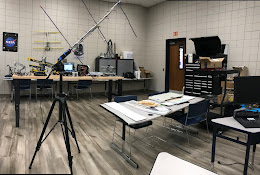 Our Maker Space is a dedicated room for our students to be creative and use the tools and materials on hand to build primarily technical and artistic projects. Currently, our space consists of 3D printers, a laser cutter, soldering stations, electronic measuring instruments, parts, hot glue guns, Arduinos, Raspberry Pi’s, gears, motors, and sensors. Presently the Maker Space is being introduced to Middle School students through an elective which will consist of microprocessor and mechanical projects; radio projects starting with satellite tracking and leading to an amateur radio license, and an aviation project beginning with designing and building a micro-drone or a micro-fixed wing aircraft. 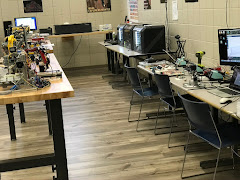 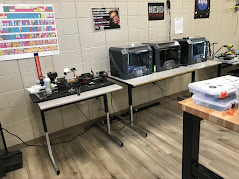 The next expansion of our Maker Space will be completed this winter and will include a radio tower on campus. With the addition of the tower, our students will be able to accomplish things such as bouncing signals off of meteors as they enter the earth, launching high altitude balloons with instrumentation, download pictures from the International Space Station, communicate with digital signals, be part of an emergency network, communicate with the Vatican’s amateur radio station (HV5PUL), and be the radio station representing Montgomery Catholic in international contests.

The possibilities are endless! We look forward to seeing what our student makers create!

Posted by Brittany Bradley at 7:04 PM

It is with great pleasure that we announce Kirk Johnson as the new Head Football Coach at Montgomery Catholic Preparatory School. No stranger to the Montgomery Catholic football community, Coach Johnson moves from Assistant Head Coach and Defensive Coordinator to the head position in his seventh year with the Knights. 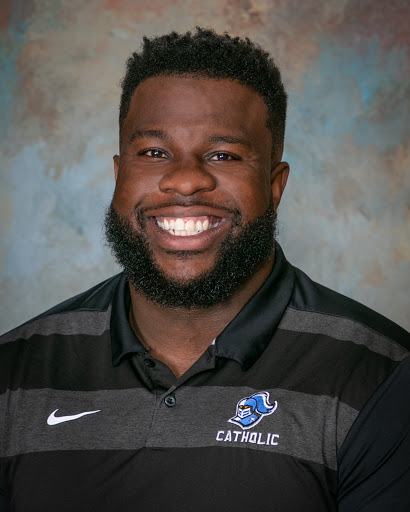 In this time of coaching transition, Athletic Director Daniel Veres was proud to share,
"Kirk Johnson will be the next head coach at Montgomery Catholic. Kirk's passion for the kids at Montgomery Catholic is unmatched, and I can't wait to see what this new chapter of Knights football holds for us all."
"Montgomery Catholic has built a football and athletic program that focuses on helping student athletes become the best versions of themselves, both on and off the field. Coach Kirk Johnson is committed to our school and our community, not just on the football field, but in all things Montgomery Catholic. We are poised for another championship caliber season as we continue to raise the bar and elevate expectations through a seamless transition," explained Montgomery Catholic President, Justin Castanza.
Coach Johnson is such an asset to our Montgomery Catholic family. We look forward to his leadership for our athletes and his continued involvement in our community. “I am extremely honored and blessed to accept the position as Head Football Coach at Montgomery Catholic Preparatory School. I would like to thank Daniel Veres, Justin Castanza, and Eileen Aaron for this amazing opportunity. I would also like to thank Aubrey Blackwell for his mentorship and the foundation that he helped lay here at Montgomery Catholic. It's not often that you get the opportunity in your first head coaching job to take over a State Championship caliber football team. I look forward to the opportunity to expand on what has been built and to continue to lead this program to the next level. My wife, Meghan, and I are extremely grateful to be a part of this MCPS family; we will keep you all in our prayers and ask that you do the same for us," stated Coach Johnson.
Posted by Brittany Bradley at 10:01 AM 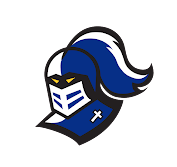 It is with a heavy heart that we share today our Head Football and Baseball Coach, Aubrey Blackwell, has accepted the position as Head Football Coach at Benjamin Russell High School in Alexander City (pending board approval Wednesday night). While we are sad for ourselves and our Montgomery Catholic community, we are happy for Coach Blackwell and his family.
Coach Blackwell began his time at Montgomery Catholic as head football coach in 2015. In his six year tenure with MCPS, he has a record of 54 wins - 19 loses; he led our Knights to the playoffs 5 times, including our first trip to the State Championship game, and he leaves Montgomery Catholic tied for the winningest coach in MCPS football history.
On news of the coaching change, Montgomery Catholic Athletic Director Daniel Veres had the following to share. "I would like to thank Coach Blackwell for all he has meant to Montgomery Catholic over the last 6 years. Everyone knows he is a fantastic football coach, but beyond that, he is the kind of man every single parent in this world would want to mentor their student. He is a great man, a great coach, and a great friend. I wish him all the best in the next step in his coaching journey."
We would like to thank Coach Blackwell and his wife Brandi for their years of unwavering support for Montgomery Catholic Preparatory School. Montgomery Catholic President, Justin Castanza, shared "Aubrey Blackwell has made a lasting impact on our students, our community, and our athletic program. Our best wishes accompany Coach Blackwell as he makes the move to 6A football, but we remain prepared to compete at the highest level in the state and poised to hire an excellent coaching staff for next season and beyond. Our student athletes and parents know what Montgomery Catholic is capable of, and with new leadership this spring, we are all excited to look to the future."
Montgomery Catholic has begun the professional search to hire a new head coach.
Posted by Brittany Bradley at 10:00 AM 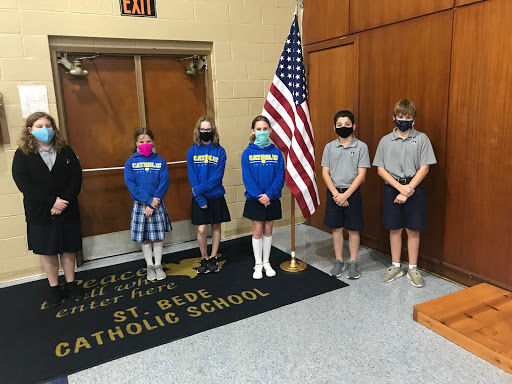 Montgomery Catholic Preparatory School's St. Bede elementary campus held their school wide spelling bee for grades 4-6 on Wednesday, December 16. The fourth grade participants were Avery Owens and Cate Noell. From fifth grade Thomas Castanza and Luke Reardon. From sixth grade MacKayla Natalini and Samantha Berg. Congratulations to Samantha Berg for being the school wide winner and to MacKayla Natalini for being the runner-up. 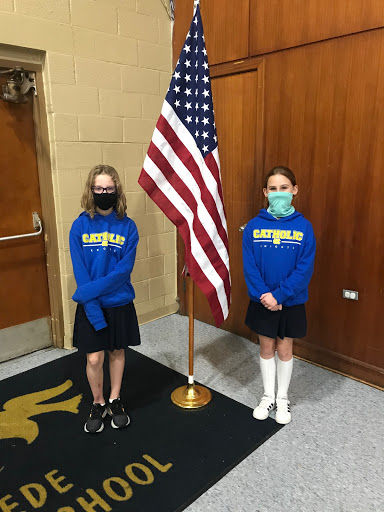 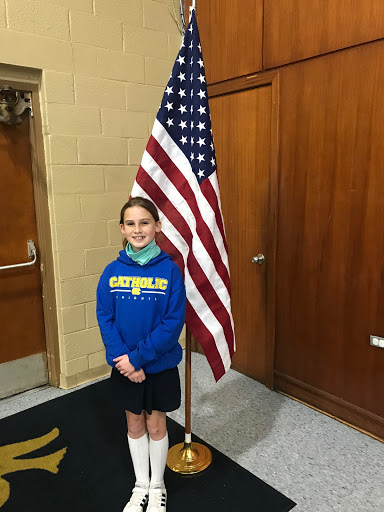 Posted by Brittany Bradley at 9:53 AM